The story of making a friend and eventually having to say goodbye.

Made in around eight hours with GBStudio, this Game Boy game was developed for Sezzadactyls Twitch stream weekly theme. Which was "Farewell".  And the short development time was due to last minute inspiration on the last night the theme was running followed by a bit of crunch. It also ended up making people cry, which my choice of using a dog in the story was a bit of a cheap way to get that result. But I very much didn't expect that kind of response and people to get that invested. I felt both guilty for doing that to people and happy that something I made got some emotions haha.

Bonesy, a short almost coming-of-age tale, follows a young girl becoming a dog owner and the trials they face while both growing up  A fictional story, inspired by both people iv'e met, spoken to and situations iv'e read about before. With a hint of my own childhood experiences with owning a dog. But mostly a fictional story.

I used a lot of sprites and backgrounds I made for other Game Boy titles due to time constraints and there's currently no music. There also might be the odd spelling mistake and there's a handful of graphic issues, but besides that it works.

After finishing the game off I went back and changed two sprites of characters that didn't end up being the nicest folk (was winging the whole making of the game as I went along) and the sprites I used were two very lovely people I know. So I edited them to look a bit different, as well as changing some images at the end of the game to solve some text issues. But besides that I wanted to mostly keep it the same as it was originally when I made it in that short space of time.

The revised version (v.2) is what's playable on this page but I also included the first one which was originally streamed by Sezza, titled v.1.

Like the other games iv'e made you can ever play this on your browser, phone, Game Boy emulator or an actual Game Boy console with the right flash cart.

Anyway, hope you enjoy and many thanks for checking this out. I appreciate it a ton.

Play on broswer or download ROM for use on an emulator/Game Boy hardware. 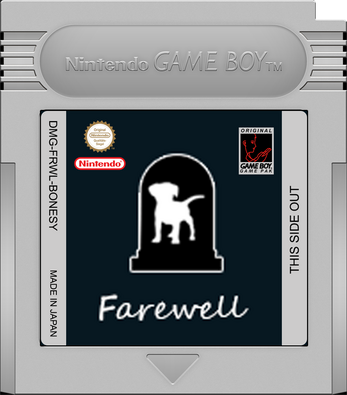